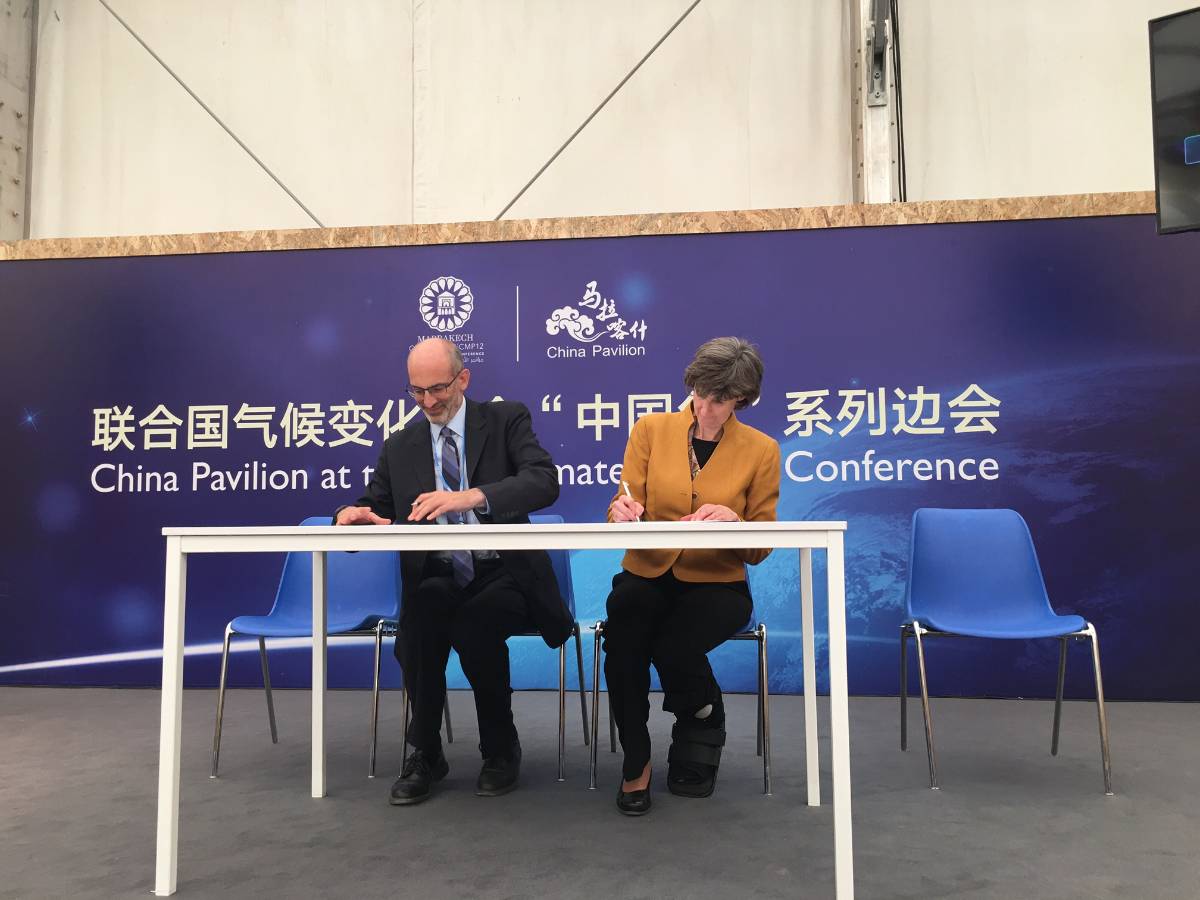 MARRAKECH, November 11, 2016―The World Bank and the US state of California are joining forces to support low carbon city efforts in China and other countries.  In a Memorandum of Understanding (MOU) signed today during the UN Conference of the Parties on Climate Change (COP22), the World Bank and California committed to cooperate on sharing knowledge and good practice with territories and cities on low carbon development strategies to help them meet their Paris Agreement commitments.

“This is an exciting new platform that will enable us to build from California’s experience in driving down emissions and to extend it to cities in China and beyond,” said Laura Tuck, World Bank Vice President for Sustainable Development. “We need partnerships like this if we are going to deliver on the ambitions of Paris.”

As an early mover on climate policy, California passed a landmark bill to reduce emissions by 40 percent below 1990 levels by 2030.  It has committed – through the Under2 Coalition agreement – to reduce its emissions to 80 to 95 percent below 1990 levels, or to less than 2 metric tons per capita, by 2050. Since 2000, the state has reduced its overall carbon footprint even as its population grew and economy boomed, proving that economic growth does not have to be accompanied by an increase in emissions.

“The California-World Bank MOU is part of a unique partnership with the Alliance of Peaking Pioneer Cities and the Under2 Coalition to promote sustainable cities in China, California, and beyond,” said Ken Alex, Director and Senior Advisor, Governor’s Office, California.

Under this MOU and the Under2 MOU, California will become a technical partner under the Global Platform for Sustainable Cities (GPSC) to work with the Bank in sharing knowledge and experience to support cities in China and other countries on their:

Chinese cities have been active in the smart urban development space. Many of them are looking to take on even tougher targets than their national government – working towards "innovative development pathways" that focus on new models of urbanization, combining the three objectives of economic prosperity, low-carbon development, and long-term sustainability.

According to Jiang Zhaoli, Deputy Director General of the Climate Change Department of China’s National Development Reform Commission, "China's low carbon city program has expanded to 100 cities and provinces. More than 30 of them have pledged to peak their emissions much earlier than the national target of peaking by 2030. We believe that Chinese cities can significantly benefit from the collaboration between California and the World Bank, and can leverage the Global Platform for Sustainable Cities to learn from and share experiences with many other cities around the world.”

This MOU with California is illustrative of the World Bank’s Climate Action Plan, which commits the organization to increasing the climate-related share of its portfolio from 21 to 28 percent by 2020, with total financing of potentially $29 billion per year by 2020.

An important component of this Plan is to help developing countries, such as China, deliver on their national climate targets – specifically, to support cities and sub-nationals to: